As the days become shorter and colder, the leaves start to change and autumn gets underway, lets take a look back at life in the garden from the last few months.

Another from #30DaysWild day 8, spotted this bumblebee mimic hoverfly hanging out in the sun. 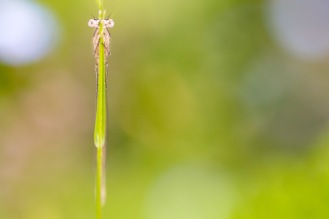 Another shot of the female Common Blue damselfly spotted in the garden on #30DaysWild day 10. 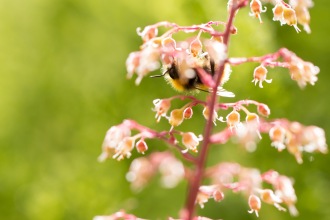 A bumblebee on of flowers of Coral Bells (heuchera). Making the most of the evening sunshine on day 15 of #30DaysWild, looking for minibeasts in the garden.

Female common blue damselfly on an oxeye daisy flower. Making the most of the evening sunshine on day 15 of #30DaysWild, looking for minibeasts in the garden. 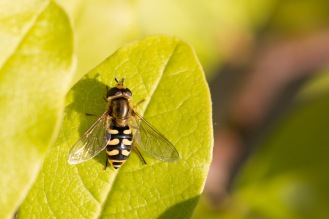 A migrant hoverfly taking in the evening sun on a magnolia leaf. Blue skies and flies, the weather turned out OK in the end for day 20 of #30DaysWild. 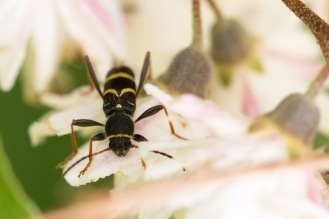 A wasp beetle hiding in amongst the flowers on one of my shrubs. Out in the warm afternoon sunshine enjoying the flowers and minibeasts in the garden on day 25 of #30DaysWild.

The tall purple flowers of linaria purpurea, aka Purple Toadflax. A cold and grey but dry day 30 of #30DaysWild, finishing off with minibeasts, flowers and fruit in the garden. 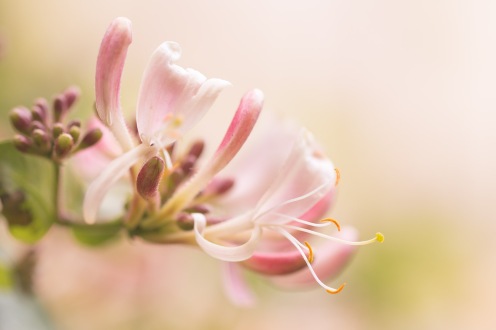 Honeysuckle in full bloom in the garden. 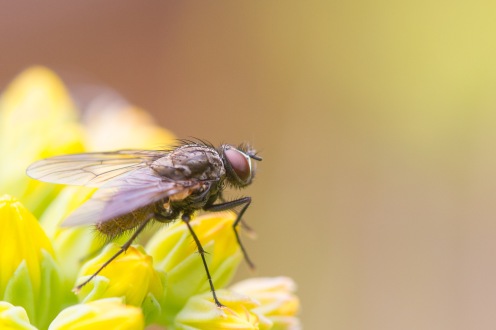 A small fly on the flower buds of stonecrop.

Honey bee on an echinops sphaerocephalus flower in the garden.

A tiny plasterer bee on a stonecrop flower.

Female Speckled Bush cricket nestles in the leaves of a globe thistle. 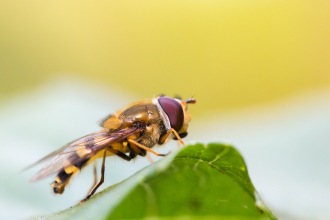 Hover fly on a teasel leaf. This is a syrphus, but not sure which one.

A Large White butterfly laying eggs on a nasturtium leaf.

Sunlight catching the wings of a Ringlet butterfly.

Tiny fly on a stonecrop flower.

Honey bee on a stonecrop flower. 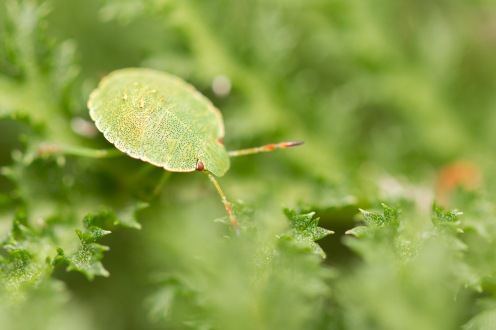 Common green shieldbug nymph nestled in the leaves of a tansy.

Honey bee underneath an echinops flower.

A small garden spider sitting in the middle of its web, in the garden.

A pollen covered bumblebee on a scabious flower. Undecided on species, I initially thought this was a garden bumblebee but the face looks too round, so it might be a heath bumblebee. 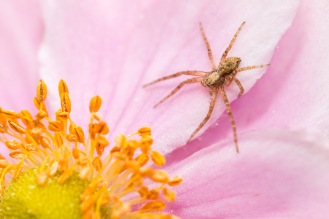 A running crab-spider hanging about on a Japanese anemone flower. 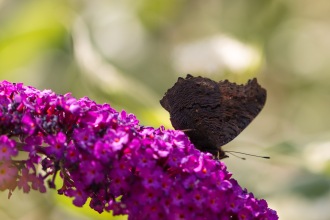 The underwing patterns of a Peacock butterfly feeding on buddleja flowers in the garden. 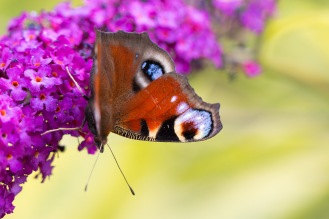 A Peacock butterfly feeding on buddleja flowers in the garden. 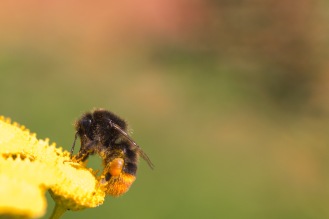 Red-tailed bumblebee, bombus lapidarius, on a Tansy flower in the garden.

A red-tailed bumblebee male on a sedum flower in the garden.

Tenthredo scrophulariae, the large and very wasp-like Figwort sawfly. Despite their appearance, like all sawflies, these have no sting and are harmless. 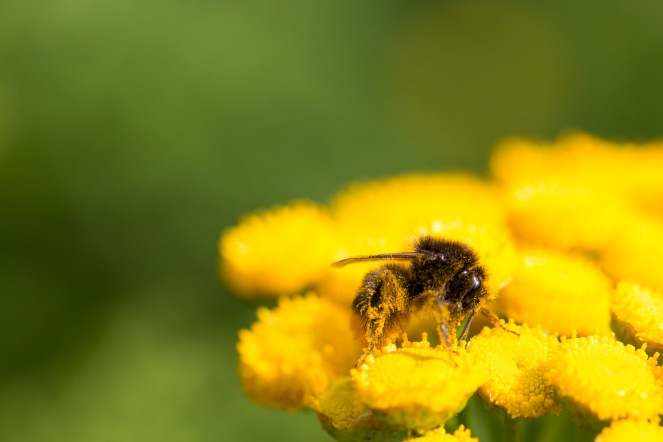 A very pollen covered red-tailed bumblebee worker on a tansy flower in the garden. 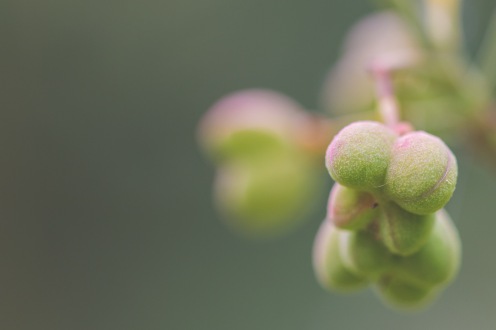 Close up of the berries forming on my Spindleberry tree. 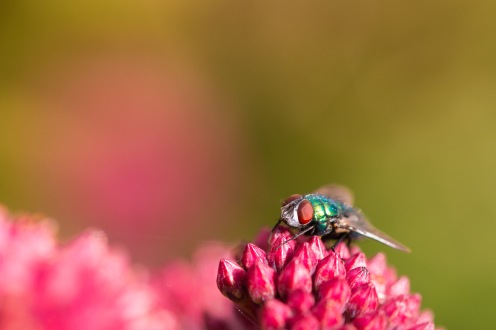 A greenbottle fly on a sedum flower in the garden.

Froghopper nestled under the flowers of a tansy plant.

A figwort weevil on a buddleja leaf in the garden. 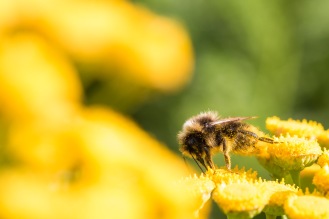 A bumblebee in amongst the tansy flowers in the garden. No idea what colour the tail of this bumblebee is under all that pollen, but from the faded yellow head I reckon this is a bombus lucorum (white-tailed bumblebee) male.

A common wasp, vespula vulgaris, having a drink from a droplet of water on a leaf.

A Thick-legged hoverfly, syritta pipiens, on a plant stem in the garden.

There are a number of photos from the garden in my 30 Days Wild 2016 post as well, I decided to go with new photos in this one instead of reposting any of those again.

As always, for all my photos take a look at my Flickr page.