I wrote this a while ago, but for some reason I forgot to post it… So a bit late here’s a post about a trip I made to the Ouse Washes back in the winter.

With winter comes rain, and with rain comes the flooding of the washes. So for my first trip of 2017 I decided to head out to RSPB Ouse Washes and see what was about with the high water levels covering the fields.

The presence of a large number of swans was immediately evident on arriving, the sound of their calling was so loud you could hear it from the carpark! However, rather than go straight for the largest gathering (they weren’t going anywhere in a hurry) I decided to head off to the far end of the reserve.

It was a nice walk along below the barrier bank with the morning sun starting to peak over the top. Frozen puddles along the path and frost on the bank, occasional groups of whooper swans flying overhead and pipits flittering along the river bank.

A group of whooper swans rising above the frosty barrier bank and the low morning sun at the Ouse Washes.

Another group of whooper swans, flying overhead at the Ouse Washes. 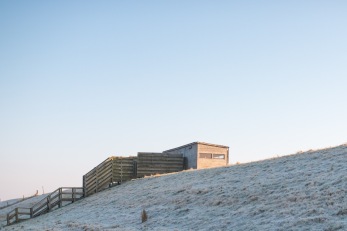 Sunlight catching one of the Ouse Washes bird hides, sitting atop the frosty barrier bank. 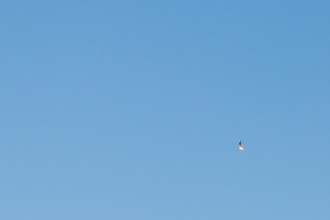 A lone gull in the blue skies over the Ouse Washes.

A meadow pipit perched on dead reed stems along the river bank at the Ouse Washes. 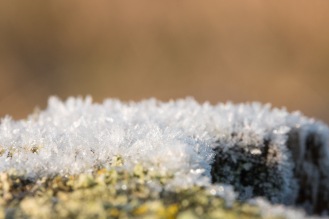 Ice crystals from the heavy frost at the Ouse Washes, on the handrail of the steps up to a birdhide.

Views from the bird hides along the bank were muted by the morning mist, with the still surface of the flood waters broken only by the tops of fences and ripples from the birds swimming over the surface.

A group of coots swimming over the flooded grassland within the Ouse Washes. 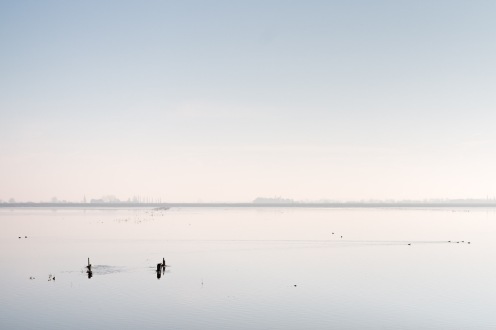 Fence posts breaking through the flood waters within the Ouse Washes, a group of Coots creating ripples beyond. 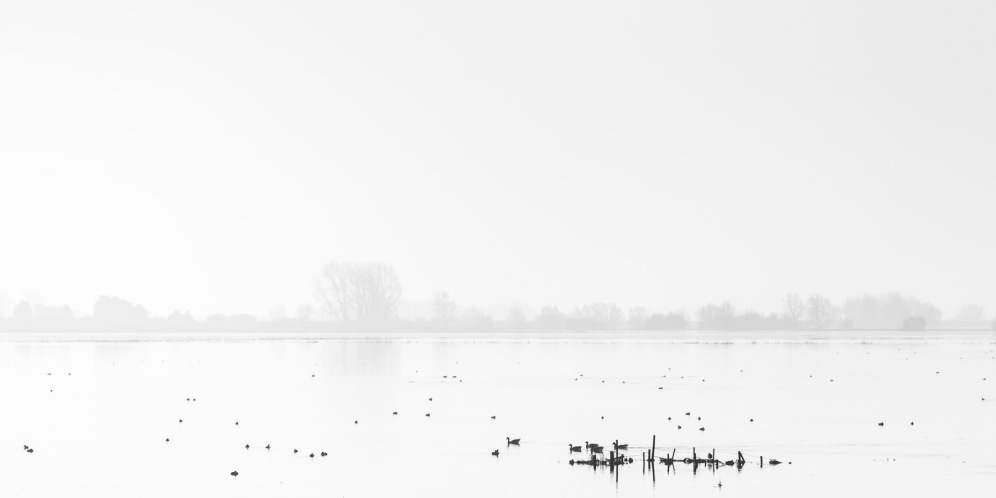 Birds and fence posts breaking up the otherwise still flood waters at the Ouse Washes.

Heading back along the reserve the rising sun was now over the bank and starting to melt the frost. Along the way I also spotted a lone Whooper swan swimming along the river in warming sunlight, which let me get a much closer view than those out on the flood waters.

Heavy morning frost on the grass at the Ouse Washes.

Up close with a Whooper Swan at the Ouse Washes. This one had broken away from the main group and was swimming up and down the drain on its own. Probably got fed up with the noise. 🙂

Frost and moss growing on a bird hide hand rail at the Ouse Washes.

After the long walk I headed off to the other end of the reserve where all the swans were. A mix of the usual Mute swans, with a lot of winter visiting Whooper swans and also some Bewick’s swans. There were a lot out on the water, and a lot on a field slightly to the north of the washes. Occasionally a group of Whoopers would take off from the water and fly overhead to join the swans gathering on the field.

Three Whooper swans and a Bewick’s swan meet on the Ouse Washes flood waters. Together like this you can see the differences more easily. The main way to tell them apart is the markings on the bill, the Whopper has a larger yellow triangle where the Bewick’s has more black with a smaller rounded patch of yellow. There’s also a noticable size difference with the Bewick’s being the smaller species.

Whooper swans taking off from the Ouse Washes, running along the surface of the water.

I sat in the hide for a while watching the swans, the whooshing sound from their large wings as they flew overhead was quite something, you really get a feel for just how much air such a large bird moves in order to fly, and how powerful their wings are.

As the sun started to get lower in the sky I headed back to the car, a great day out seeing the winter visitors to the washes.